Skip to content
The new season is fast approaching like the distant glint of sunlight between clouds  on a windy day. It did kind of start already at TNS on 9th July, a start so early for me as to be uncanny, like the sun rising at midnight. So early it’s difficult to decide if it was an appendix to last season or a prologue to 2009-10.
I aim to write more this season and not just when I go to a game. It is my humble ambition to get the readership of this blog into single figures.
Most of the leagues start this Saturday, 8th August, with some opening a week later. After a few seasons of watching mostly random games, circulating about the north and midlands for interesting grounds, opportunistically piggy backing other people’s teams, albeit for the day, I have decided to back a non-league team properly.
I’m still put off by league football and the alarming and often tragi-comic disparity between the cost and the standard of football, but I want to get back to backing a side regularly rather than being a stadium nomad. It would be nice to pick up new grounds when my team play, fate being decided by the fixture list rather than my whimsy.
So which team? This was a tricky choice. It obviously needs to be a team fairly close to where I live. Within 10 miles. Ideally I’d like to be a home and away fan of Burntisland Shipyard, but the logistics would be fantastical.  Aim too high, such as a Conference team and I run the risk of financial depression, something I’ve tried to get away from; aim too low and I run the risk of existential depression, standing alone on a one step terrace in a crowd of two dozen in the drizzle.
Leek Town is the team I’ve gone for, a team with potential but with a realistic entrance fee. Crowds big enough for an atmosphere, usually around the 200 mark, enough even for a behind-the-goal brouhaha. I have been to Leek a few times before and thought it a nice little ground that amplifies well the noise of the crowd thanks to two low covered terraces. I saw them during their vertigo-inducing time in the Conference with over 1,000 in Harrison Park.

They start 2009-10 in the Unibond One South, fourth tier, and rumour has it (rumour being my friend Tom) that they have high expectations for the new season. They kick off on Saturday 15th August against Loughborough Dynamo and then the following Tuesday I may travel down to watch them at Willenhall Town, who’ve transferred from the BGB League along with Chasetown.
In the meantime, to whet your appetite for the new season and all the grounds it may hold for you, here is a mélange of odd (and you might think odd the homonym)  pictures from my collection that didn’t make a post.
The first is Denbigh Town (of the Cymru Alliance) seen from Denbigh Castle’s grounds: 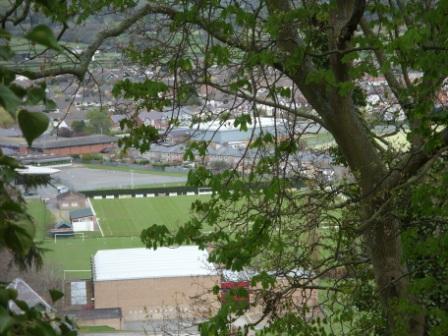 The next is Nefyn’s ground. Nefyn play in the Welsh Alliance which is the third tier of Welsh football. Nefyn is halfway down the Lleyn peninsula right up in the North West of Wales. It is the old stomping ground of singer Duffy, by the way. 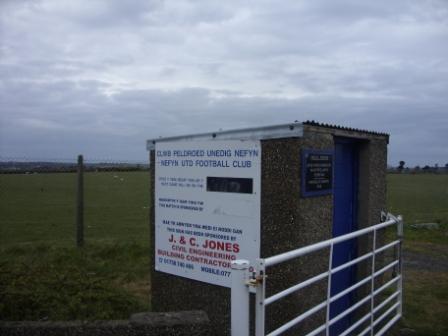 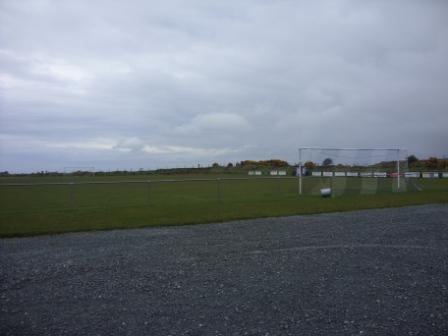 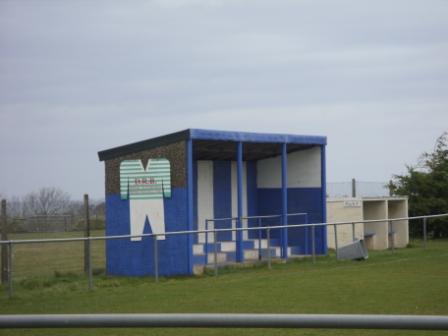 Moving into Spain now here are some pics of Regional Segunda side CD Altet from El Altet.

…et maintenant to France. The first three are of the Stade Francis Laisney in Barneville-Carteret. I’m not sure if this is home to one club or just a general municipal stadium. It does have a reasonably sized stand. 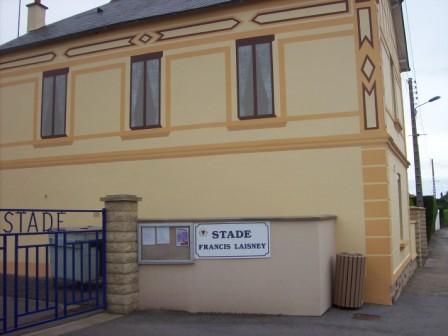 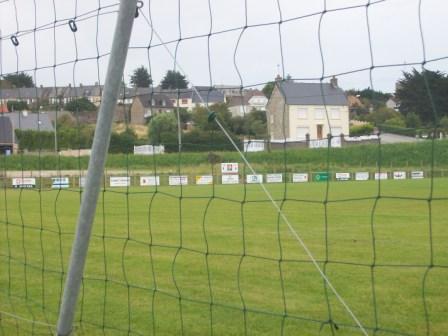 and finally Denneville, another ground on the Cherbourg peninsula.

2 thoughts on “Oddments & the New Season”