Denaby’s ground is a jewel that might not have registered on some people’s radar, on account of its county league status. However, it has a rich history, and aside from the lack of floodlights, could be mistaken for a step 3-6 ground.

Football has been played at Tickhill Square since 1912; it was the home of former club Denaby United, est. 1895, folded 2002. At their height, United won the Northern Counties East League with help from former Sheffield Wednesday favourites Imre Varadi and Mel Sterland. Previously, in 1927, they reached the 1st round of the FA Cup and had a crowd of 5,200 agasint Southport. They reached the FA Cup 1st round again in 1932 where they lost 1-0 to Carlisle at Brunton Park. Alas, in 2001, the local miners welfare trust told them that it was their last season playing at Tickhill Square, and the club folded.

END_OF_DOCUMENT_TOKEN_TO_BE_REPLACED

Dave and I would normally be heading out to the Peak District on a Wednesday for a Hope Valley League match, their preferred midweek matchday, as we had done several times since lockdown. However, with the weather not so good, Dave found us an interesting alternative; the Peak can be unforgiving in bad weather (as I was to find out the following week!). He’d found CMB FC playing a Bolton Hospital Cup quarter final against Old Boltonians. It sounded like a fixture from Victorian times and its rarity certainly piqued my interest. I hadn’t heard of either side. CMB, whose full name I was to discover, is Chew Moor Brook Sports Club, named after the Chew Moor area of Bolton, play in the West Lancashire League Premier division. Old Boltonians play in the Lancashire Amateur League Premier division.

END_OF_DOCUMENT_TOKEN_TO_BE_REPLACED

This game was a late call and as suchI couldn’t go too far, but it’s still a new ground for me. The venue, which is part of the Manchester Metropolitan University (MMU) campus has undergone significant redevelopment recently, and was officially unvelied as the Alsager Sport Hub in October 2019. The site boasts a massive leisure centre, eight changing rooms, five grass football pitches plus a hockey pitch and 3g football pitch. Where AFC Alsager play is a fully railed pitch within the complex.

END_OF_DOCUMENT_TOKEN_TO_BE_REPLACED

This was another Hope Valley League venue; I was whipping through them now, this being the fourth in 10 days – only three to go to complete the top flight. Bamford is very much the epicentre of this league, lying just a few miles west of Hope itself and just up from the post town of Hope Valley. The head of the Hope Valley lies just below Mam Tor in Castleton, flows down to Hope and on as the river Noe towards Bamford where it meets the Derwent. Although technically now the Derwent Valley, the Hope Valley continues to be used to describe its later course through Hathersage and Grindleford.

END_OF_DOCUMENT_TOKEN_TO_BE_REPLACED

The original plan for this rare Thursday fixture was to go to FC St Helen’s of the Cheshire League. Dave had spotted they had a perimeter bar (times were desperate). Then I spotted fellow Cheshire leaguers Winstanley also at home and, looking on Google Maps, a stone’s throw away. It had the advantage of a 6.30 kick off, though. We couldn’t have chosen two worse days this week to watch football. As with Tuesday and Whalley Range, today was relentless rain again and the fear of a postponement.

END_OF_DOCUMENT_TOKEN_TO_BE_REPLACED

Dave and I had planned to go to new club Aintree, who play literally in the middle of the Grand National Race Course, and also a motor racing circuit to boot; a unique venue that would make up for any lack of stands. END_OF_DOCUMENT_TOKEN_TO_BE_REPLACED

Once more unto the Peak, dear friends, once more. After two great games in the week at lower league Peak venues with Dave, I was solo this Saturday, but with a taste for more Peaky football. I found this fixture kicking off at midday, with the opposition again the new Hope Valley side Bollington, who I had seen at Doveholes on Tuesday. I was Bolly’s superfan this week. END_OF_DOCUMENT_TOKEN_TO_BE_REPLACED

After last night’s enjoyable friendly at Wirksworth, Dave and I headed out again for some more of the same, again in the Peak District and another picturesque venue. This time it was in Doveholes, on the western most edge of the Peak, just up the A6 from Buxton. I’ve driven through Doveholes many a time, on the way to other grounds and vaguely knew they had a team in the Hope Valley League. I’ve always thought it an odd place; despite being more than semi-rural and set within a beautiful landscape, it is one of those towns dominated by the major road that cuts through it, that doesn’t lend itself well for stopping for a pint or cake; there seems to be no centre to it. It does have a train station however. One brave hopper this evening came by train – extreme hopping indeed.

The ground is just off the main A6 and behind the cricket ground. It is also next to something called the Bullring ancient henge, a 2 for 1 tick for henge collectors. 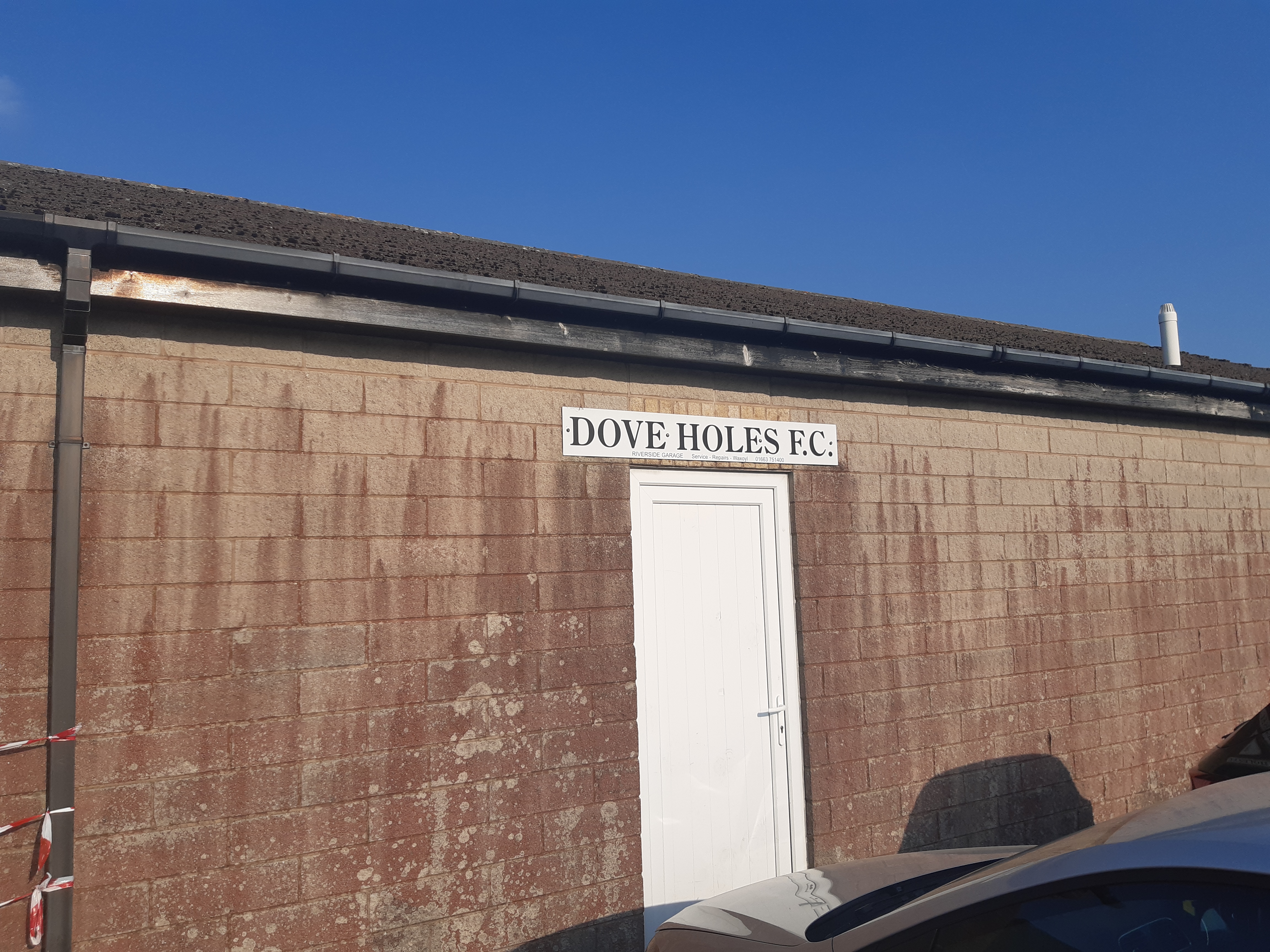 Hallsteads is just a pitch, with a bit of a mild rope affair on the near side. Being enclosed by trees on two sides and the club house behind the goal, gave it a nice enclosed ground kind of feel though, much better than being in an open field. On the near side was a bank where most of the viewers congregated, including at least two other hoppers.

The visitors this evening were Bollington, from the Macclesfield area, formerly from an Altrincham Saturday league, now transferred to the Hope Valley League. Like last night, the football was surprisingly competitive and entertaining to watch. Doveholes raced into a three goal lead, before the game evened out, with Bollington getting one back before the break. The second half started exactly the same, with Doveholes scoring three more quickly. Bollington scored a pen but Doveholes scored two more to make it a rout. Somewhat unfair on Bollington who were never whipping boys and never gave up.

Another great summer night in the Peak and these low level scenic <step 6 venues were starting to grow on me. 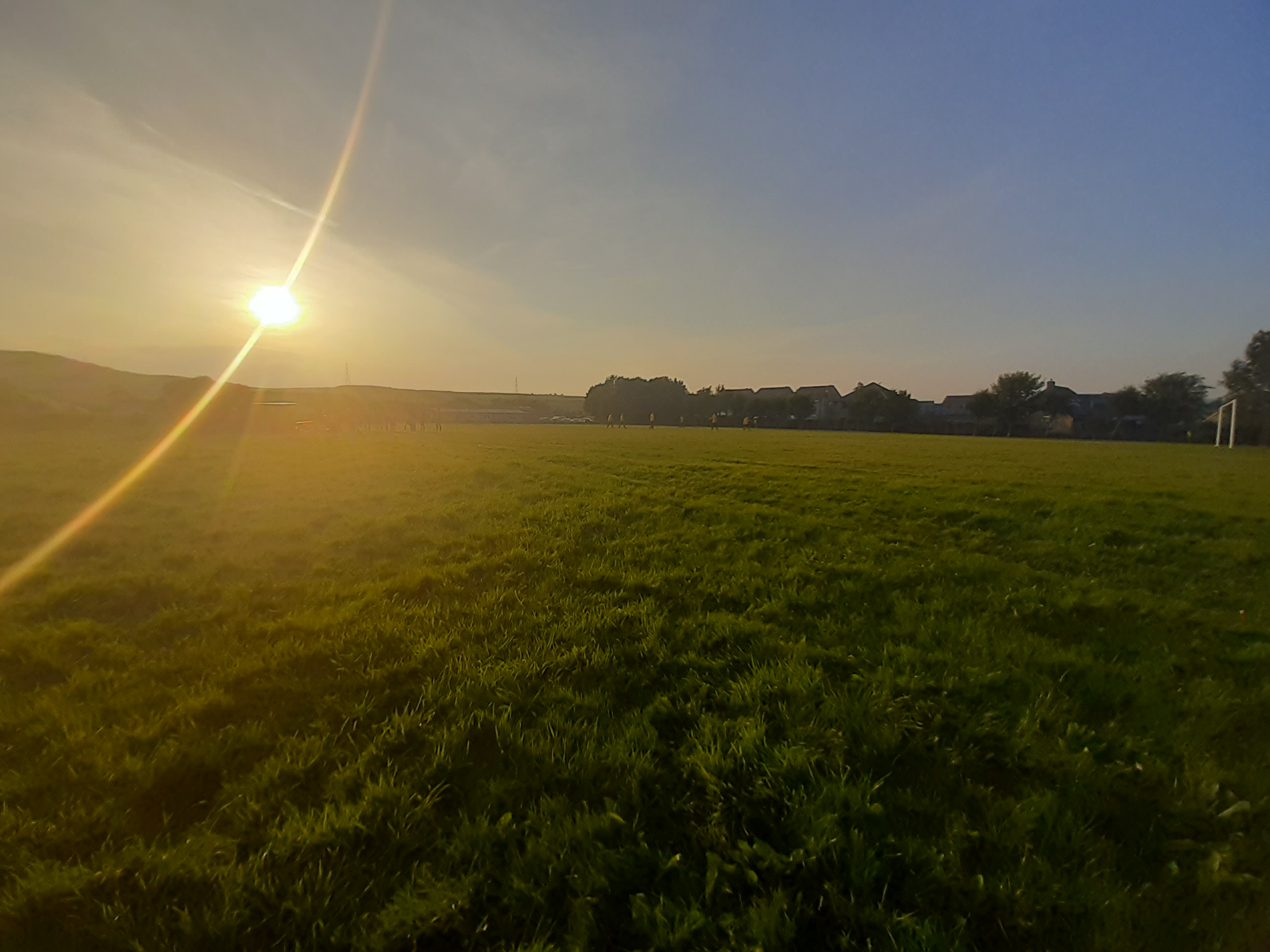 After almost five months real football was back. Groundhoppers everywhere came out of their homes slavering, manic and slightly insane, like a hostage chained to a radiator in the dark finally released…

So there we were squinting in the blinding light, scouring twitter feeds to find those rare gems of grounds at step eight or below, on account of the spectator ban on step seven fixtures upwards. They’re few and far between, you’re lucky if you get a perimeter bar or even rope. Dave joked that we may be required to remove our jumpers.

Talking of the other Dave, it was his excellent groundwork on twitter that unearthed this friendly, not too far from us in the Peak District. Wirksworth Ivanhoe play in the Midland Regional Alliance and Ashbourne in the Staffs County League.

I wouldn’t normally consider travelling any distance for this sort of fixture and venue;  I generally draw the line at travelling for a perimeter bar ground (let alone no perimeter bar), as to me that’s just getting another tick for the sake of it, you may as well save petrol and watch something local; there’s nothing unique about a perimeter bar.

However, needs must in these strange times, and tonight was more than just a new ground. It was a pleasant picturesque drive with a mate through the peak district to a scenic venue – a pitch was perfectly sufficient for the end event. It wasn’t like bombing down a motorway for two hours for the sake of it.

For a friendly the game was very watchable and competitive. It was an idyllic setting for some pre-season football. Ashbourne put their chances away and ran out deserved 3-0 winners. 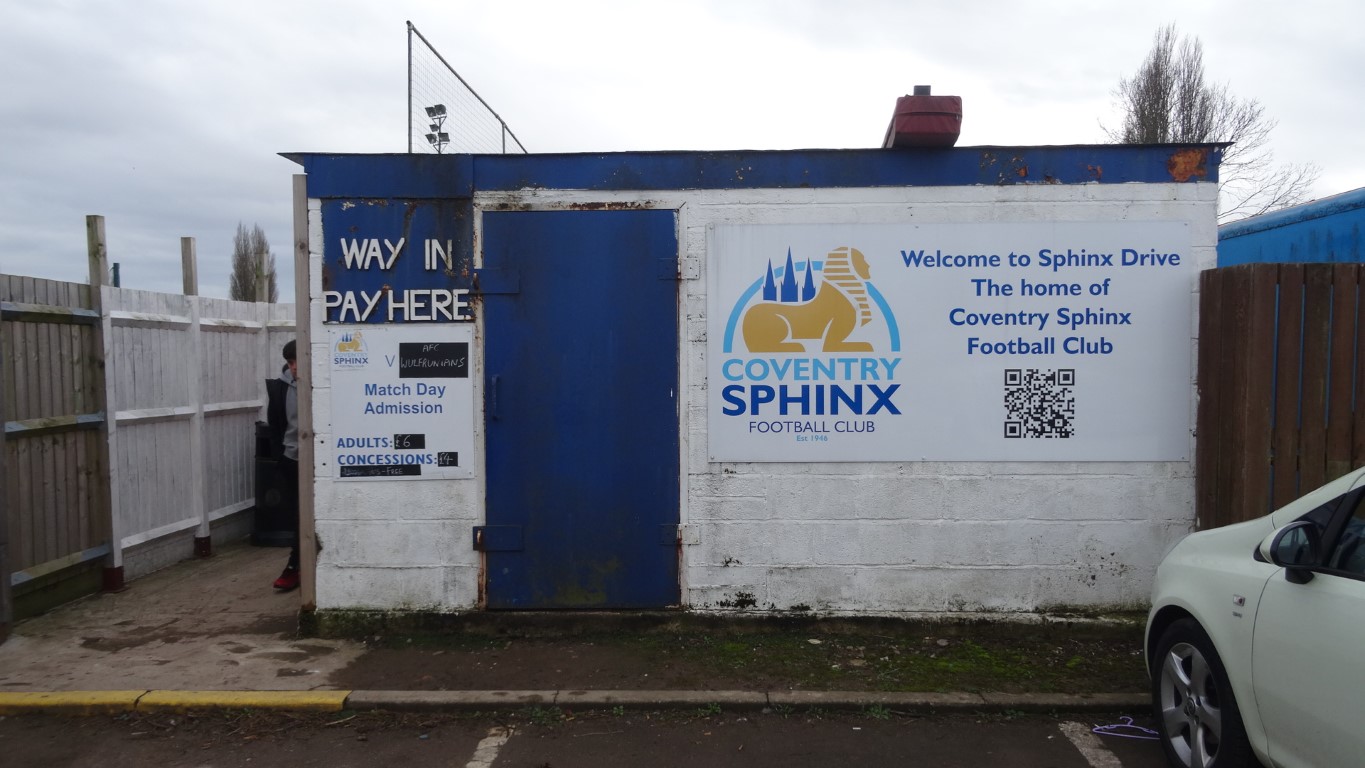 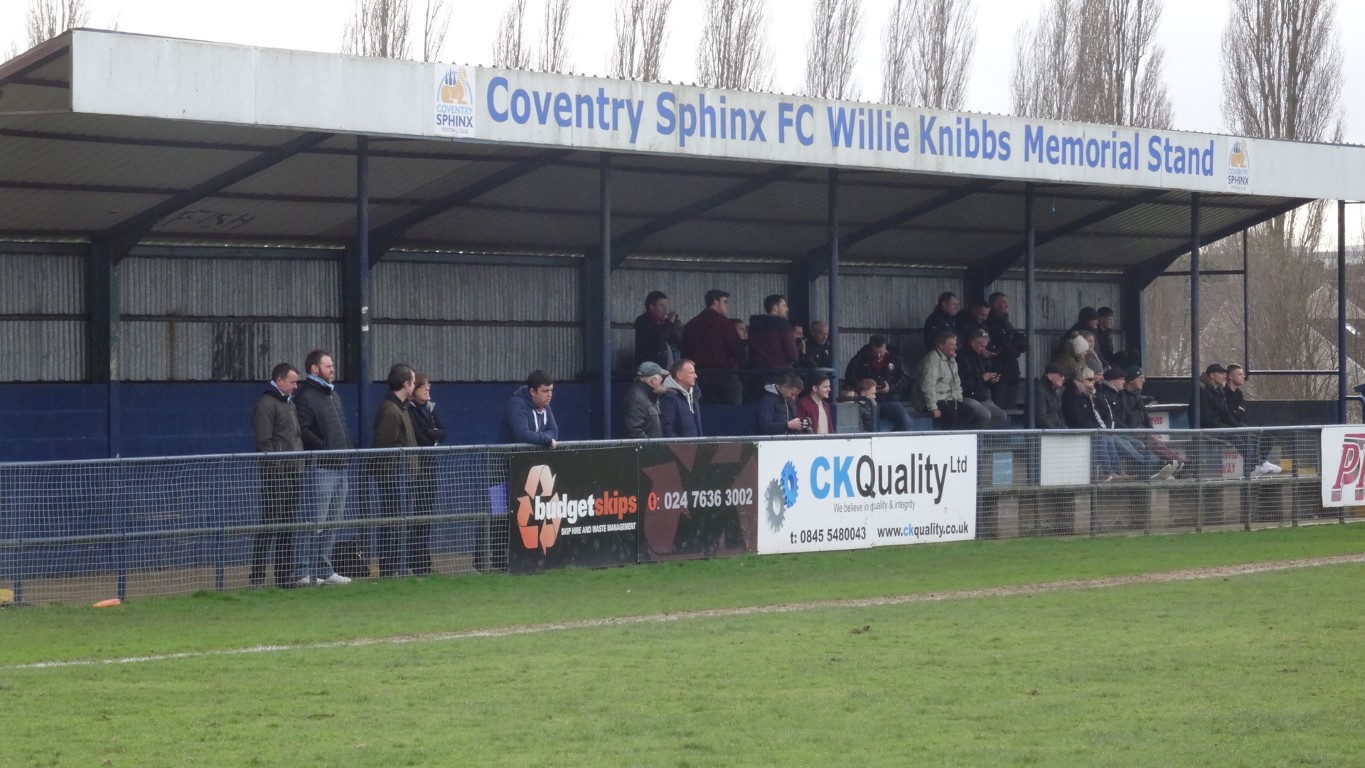 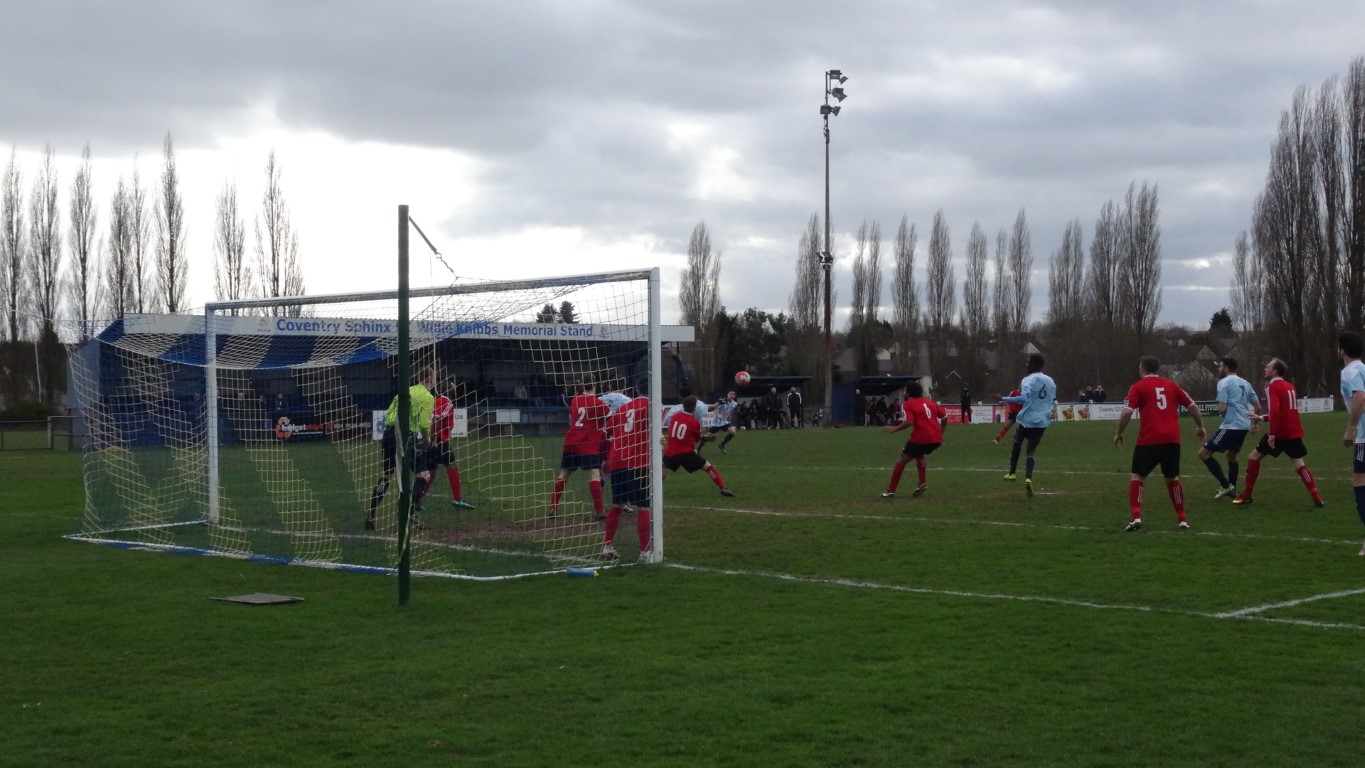 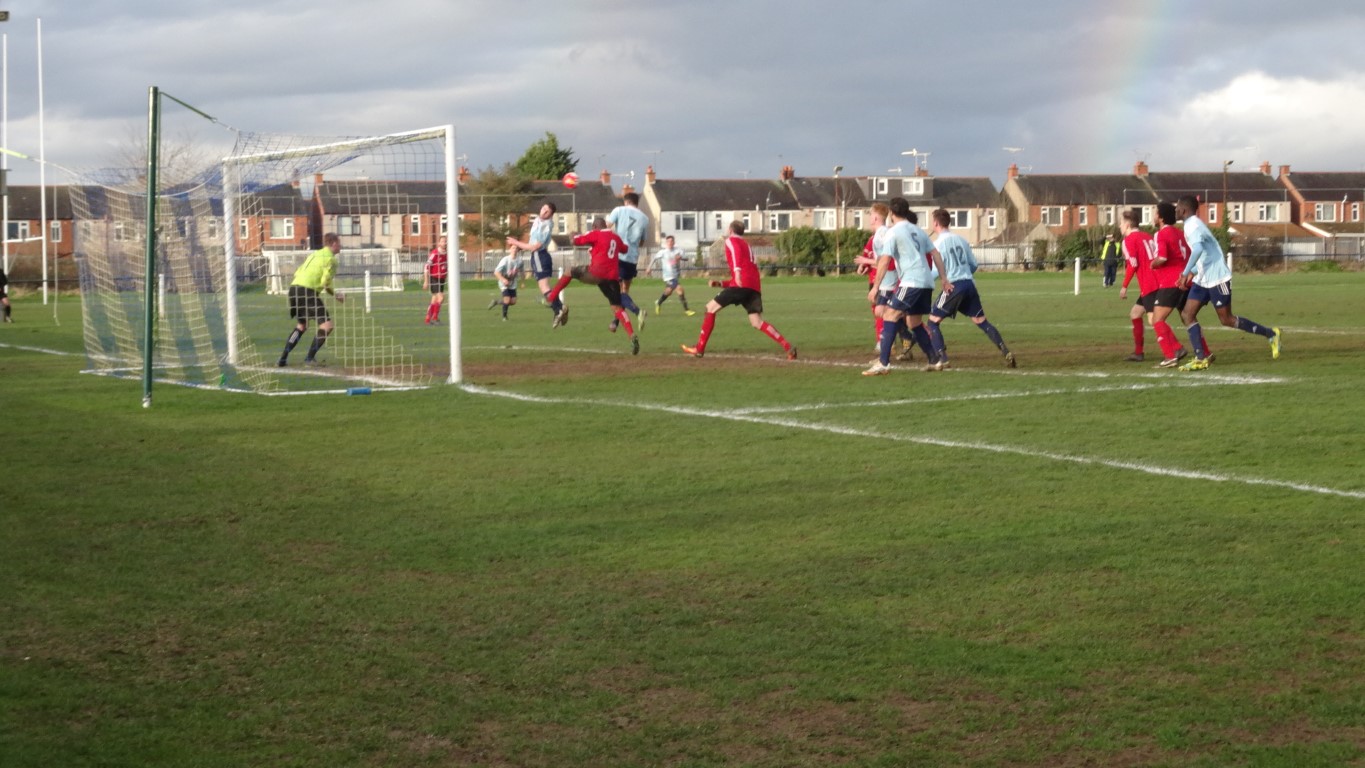