from The Sandbach Football Development Centre

Einstein described his Cosmological Constant, a term that he added to his equations of general relativity, as his greatest blunder. In a very similar manner, I consider my first visit to Sandbach United, as my own greatest blunder. It came about through two unfortunate and coinciding facts. The Staffs County League do not state reserves on the reserve team names, so they list reserve teams as (say) Alsager Town, Kidsgrove Athletic, Newcastle Town. In the case of these I obviously knew that they have higher placed first teams in the Evostik and NWCL.

The other fact was that Sandbach United play in the Staffs County AND the Cheshire League and unbeknownst to me, their first team played in the Cheshire League. So looking at the Staffs County league fixtures and seeing Sandbach United, knowing they don’t have a team in the NWCL or similar, I logically assumed that it was their first team. It wasn’t until I was in the ground that things didn’t look right. For a start, the gleaming new main pitch with sturdy wooden surround didn’t even have goals or nets up. I had to walk forlornly past it, to a satellite pitch, with one side of rope with plastic sticks holding it up. It was a first world tragedy. 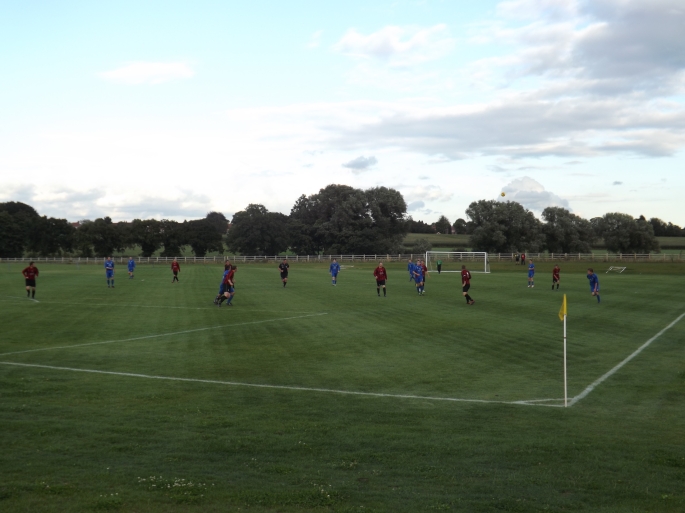 This was bad, and worse still it was Norton United thirds playing. It finished Sandbach United (reserves) 2 Norton United (thirds) 4. This created a groundhopping predicament. I counted it as a ground done, but what to do when I came back to visit the proper pitch, with rail and summer houses. Was it two ticks or still just one? Instinctively I felt I could only include it as one ground, but then again I’d done stand alone grounds with just crappy sticks and twine marking the edge of the ground.

Eventually, after months of sleepless nights and a few sessions with a therapist, I did decide to include it twice; it will have to be a footnote to my list of grounds alongside Stalybridge Celtic (an 85th minute abandonment).

Tonight’s game was a NWCL League fixture as their first team was no longer elusively hiding away in the Cheshire League but had proudly outed themselves at step six this season. Their venue was immaculate – huge new and attractive clubhouse, multiple pitches and facilities. 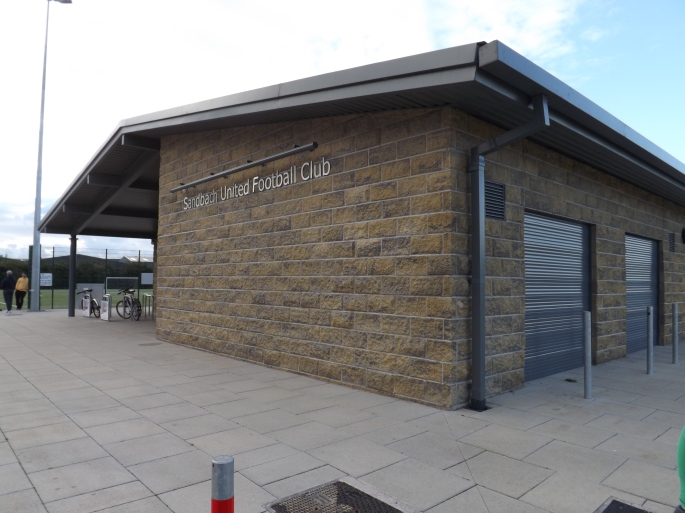 While the facilities generally were great, including selling Green Monkey ale, their main pitch is still a work in progress. The NWCL requires a 50 seated covered stand but there were no seats at the time I went, but what looked like two summer houses behind a goal. 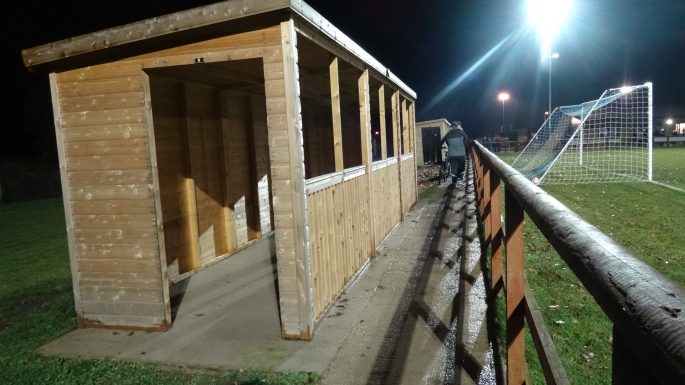 They have the best perimeter bar I’ve seen though – a solid wood structure with thick circular bar to lean on.

The game was an absolute classic with Sandbach going 3-0 up in the first half. Alsager got one back before the break to give themselves a lifeline and were level by the hour mark. It was end to end stuff but Sandbach looked the more likely to score. They did indeed score late on, a perfectly good goal that was mysteriously disallowed. A shame as I though they shaded it.

Great football venue and by now they probably have a seated stand up. 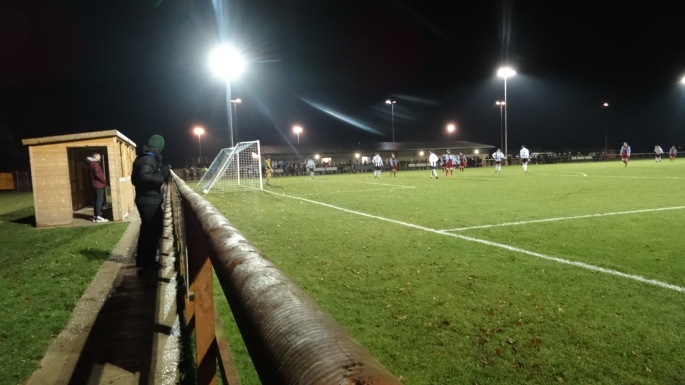 One thought on “Sandbach United”