This New Brighton is a village in North Wales, not the seaside resort in Wallassey. It lies not far west of Chester, near Mold, and is in the Argoed district. A lot of Welsh football clubs can be spotted in the map below, including today’s visitors Rhydymwyn, 4.2 miles away up the A541. However, they aren’t New Brighton’s nearest team. Mynydd Isa play at the Argoed Sports Centre, 1.0 mile away. Mold Alexandra are just 1.9 miles away, although they are in the division above. 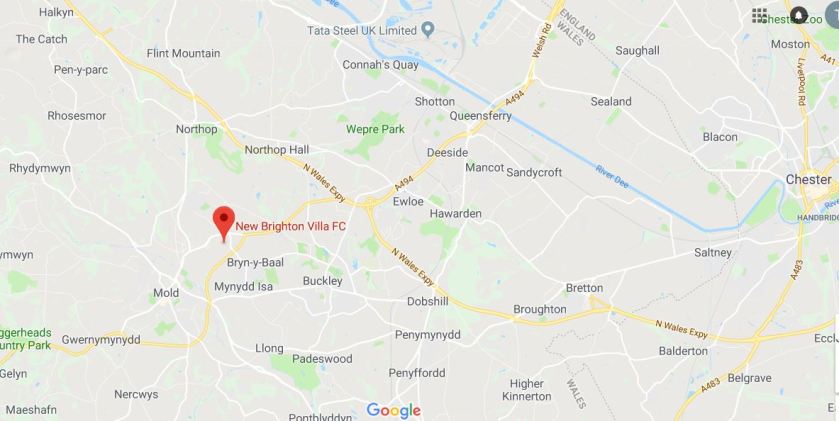 In fact, the whole of the third tier Welsh National League is housed within quite a small area, centred around Wrexham. At around an hour’s drive each for me (with the exception of Llanuwchyllin, on the other side of Lake Bala) they are great little snacks of grounds to graze on now and then, especially if an early finish is required. On gorgeous sunny days like this one, the Welsh choice is even more alluring.

New Brighton Villa were founded 21 years ago and are known as the Yellow Revolution. Their ground is referred to as Estadio de Mark Lopez. Unfortunately, the sign that heralded this has been taken down – I suspect the official name now is the New Brighton Community Centre. However, Estadio de Mark Lopez seems to have stuck with players and club officials.

It is sad to see visitors Rhydymwyn fall down two leagues since I saw them at home, in the Cymru Alliance, about five years back. On that day (also sunny and hot) they tore higher-placed Penrhyncoch apart in a 15 minute second half spell in which they scored four goals, eventually winning 5-1, with all goals in the second half. It was a great game. Ironically, today they were on the other end of an eerily similar 5-1 thrashing with New Brighton scoring four in the second half. 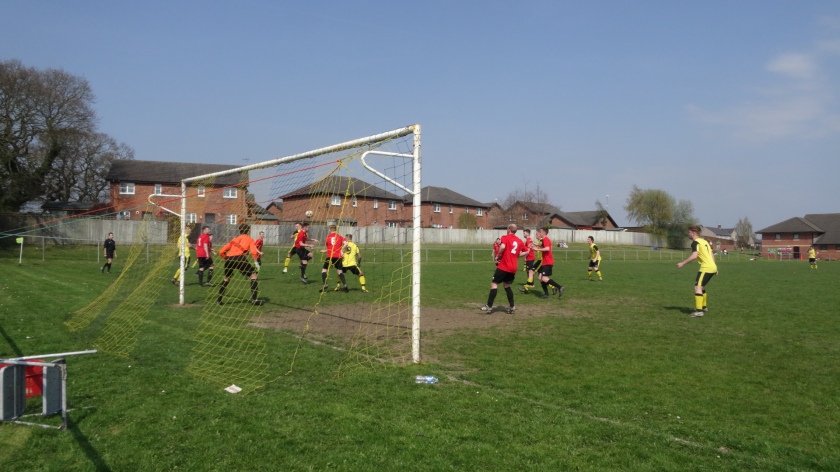 The ground is a railed pitch, with one side elevated where one can lounge horizontally in the sun watching the game. Views of fields and cows cover one side and end with the other backing onto an estate. 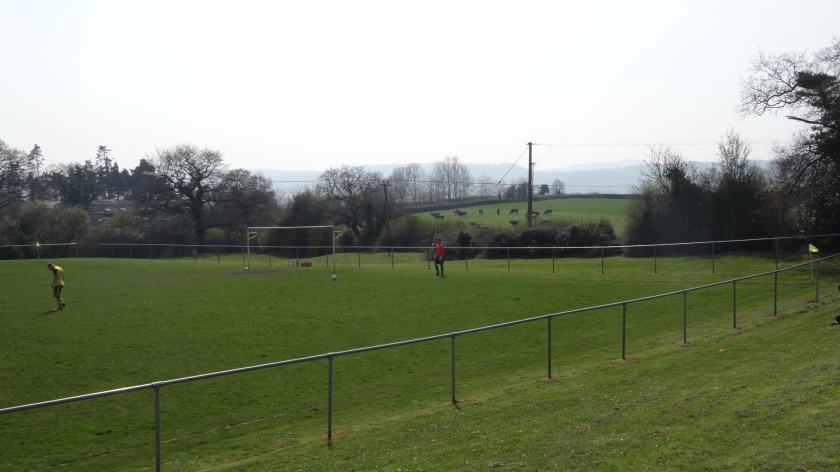 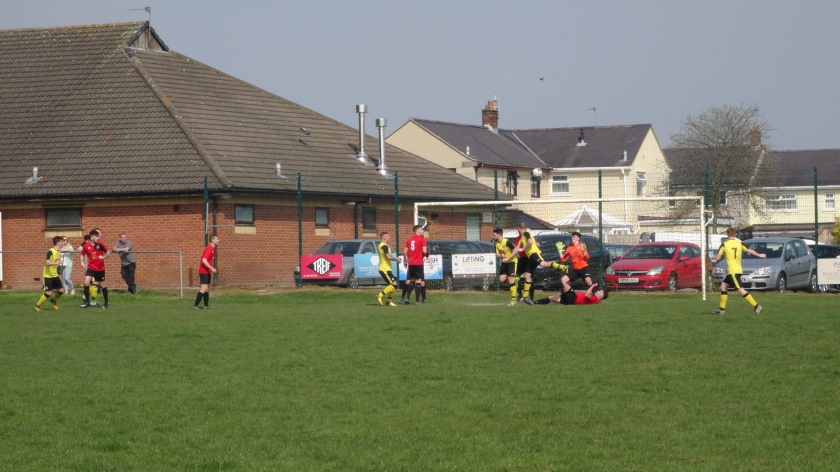 It’s a pleasant, peaceful setting for football. The game was very close in the first half with Rhydymwyn (pron. Riddy-Moo-in) looking equally as likely to win as their hosts. Villa opened the scoring, Rambaldi (Rambo) striking first blood with a cool finish from a crisp move. Rhydymwyn equalised with a free kick deflecting off keeper and post.

Villa cranked it up a gear in the second, and got two in sixty seconds to take a 3-1 lead, both well taken goals. As Rhyd tried to get back into it they left holes at the back, which Barlow and Rambo took advantage of, the latter with a header. 5-1 a bit harsh on the visitors but it was a great second half for Villa, and they could have had more.

Once again, some full blooded, good entertainment from the WNL.

I live underground, occasionally popping up at non-league and Welsh grounds. I live on a diet of insects, small rodents, nil-nils and post and pre-match angst. View all posts by thegroundhog