Mynydd Isa Spartans came back into Welsh football last season. The original club, Mynydd Isa, were founded in 1976 and played in the step two Cymru Alliance between 2006-09, before folding. The new club has added the suffix Spartans to their name but play at the same Argoed Sports Centre as the original club. While sounding like a small Welsh savings account, Mynydd Isa means lower mountain inWelsh.

Mynydd Isa is a small area in the district of Argoed, west of Buckley, getting towards the Northern end of the Welsh National League boundary. They are within walking distance of New Brighton Villa and Mold Alexandra. They play in the nearby district of Bryn-y-Baal.

The Argoed Sports Centre is quite tricky to find, sitting inconspicuously in a housing estate. However, the centre is huge, with a large pavillion and cricket pitch out front. The football ground lies beyond the cricket pitch, sat atop a bank. You need to leave an extra five minutes to make the walk from the car park.

The remains of two covered stands lie at the near side of the ground. It’s difficult to tell if these were once covered shelters and have fallen into disrepair or whether they were never finished. 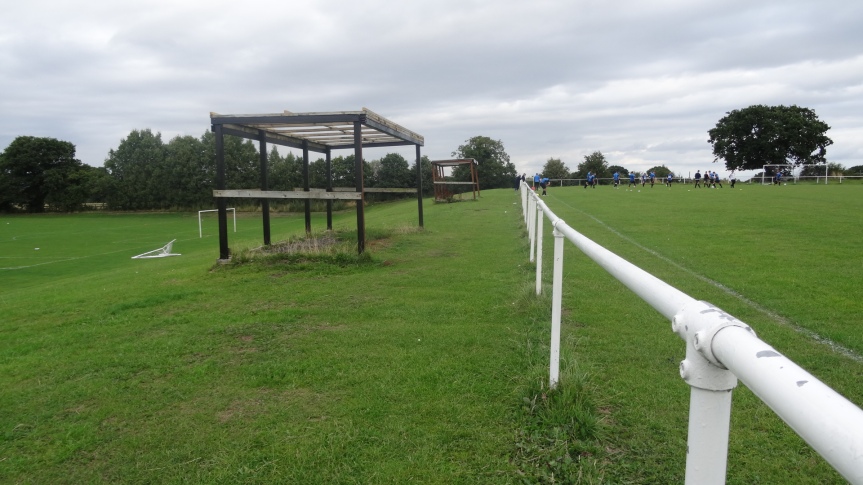 The ground is fully railed and from one end you get a nice view towards Mold and the mountains thereabouts. 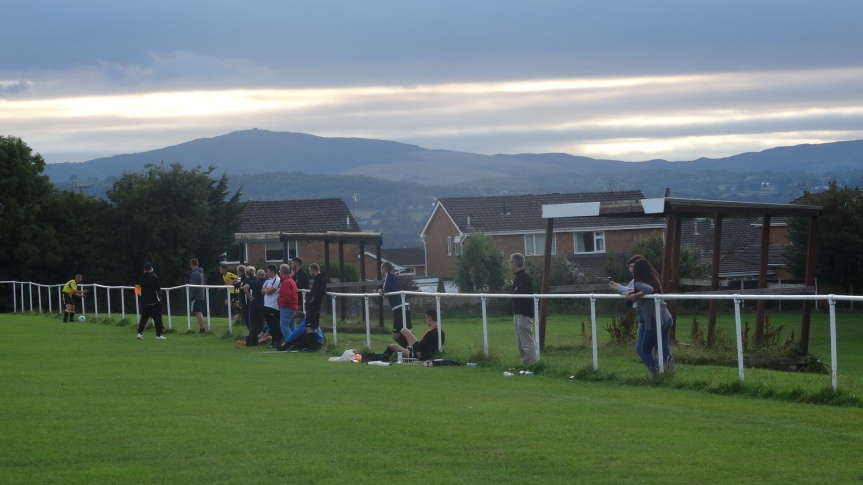 It’s a good job the scenery was pleasant and the weather was good, as the football was abysmal in the first half. With the Welsh National League you can get the odd shocker of a game, and this was one of them. Neither side could string two passes together in succession; virtually every touch was misplaced or an unforced error. Any chances that came were duly ballooned into the atmosphere or ended in the player falling over. It’s games like these where you wonder how on earth it’s such a high scoring league.

Worse still, the referee was the same joker as did the Maesgwyn v Mynydd Isa Spartans  I saw at the end of last season – Mr Offside. At this level there are rarely proper linesmen, so this referee’s answer to that, is to give every single ball forward in the air as offside, regardless of who is the last man. It was banging your head against the perimeter rail stuff. I thought forlornly that maybe Maesgwyn was an aberration, but no, his penchant for offside is perennial.

As the second half started I was wishing I hadn’t gone. Doing nothing would have been preferable to this torpid fodder. However, with over an hour gone Mynydd broke the deadlock with a flick from a fast cross. The relief was immense. Mynydd stepped up a gear after this and their third was actually a really clever three-pass move with clinical finish. Had it finished 0-0 it would easily have been the worst game I’d ever seen, but Mynydd’s four late goals did salvage the evening somewhat. 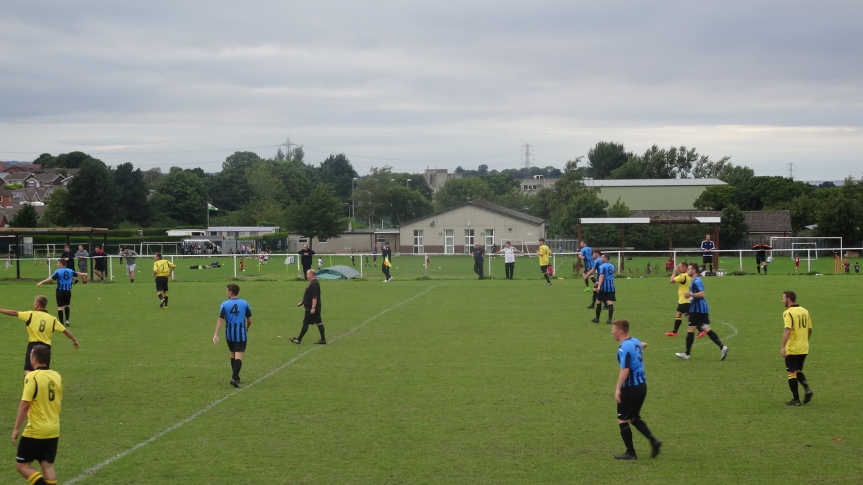 One thought on “Mynydd Isa Spartans”

A-Z of Pictures only blogs