I was really up for a new ground this week, but it was slim pickings, as it generally is now, with only a handful of new grounds left for me under 50 miles. Bolehall was the only sensible option, as my fifth nearest uncharted ground. It was a Monday night game and, worryingly, a Walsall Senior Cup game. I’m not normally a fan of minor cups but my desire for a new venue overcame my fear of lacklustre squad football, perhaps going to extra time. 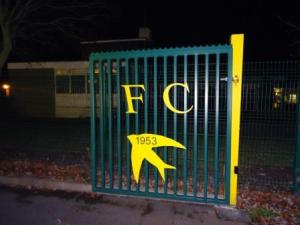 Driving down the A51 from Stone after work, I was really living the dream. Or more likely, I thought, heading at 60mph towards a monumental naked lunch moment, in Tamworth. Where I would be bathed in lucidity in the town centre, suddenly realising that I had driven for over an hour to see a Walsall Cup tie between two teams who I had no connection with whatsoever.

As it was, it was a brilliant night; my decision fully vindicated. If I was insane I was blissfully unaware of it, and still am. An amazing pint of The Hoard by Backyard Brewhouse was had beforehand in the Bole Bridge Wetherspoons in Tamworth town centre, before the short hop to the East of Tamworth and Rene Road, in the region of Bolehall.

Bolehall Swifts were founded in 1953 and their Rene Road ground was purchased from a local farmer in 1959 for £350 (The club initially played behind the Jolly Sailor pub, using an old double decker bus as changing rooms). The new Rene Road ground was opened in August 1961 with a friendly against Tamworth WMC. A seated stand known as the “Welcome to Bolehall Swifts Stand” was built behind one goal, with the “Founded 1953 stand” on one side of the pitch.

An odd feature of the ground and sure sign of the ground’s heritage is the stand to the side of the pitch, which were formerly pig pens. As unusual stands go this takes some beating.

Despite its unique lineage the pig pens don’t make the most practical football stand.

Talking of pigs Tamworth is famous for its porcine escapees of 1998. Butch and Sundance escaped from a lorry in Wiltshire and went on the run for a week.

Despite my reservations regarding the competition it was a great game with Bolehall runnning out 6-2 winners. 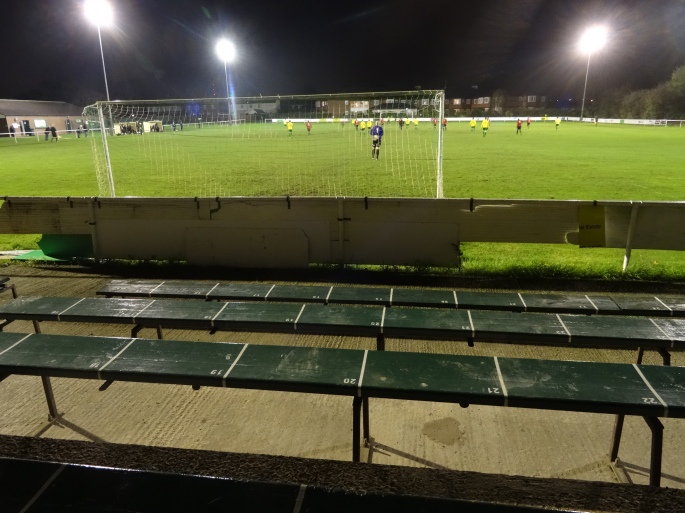