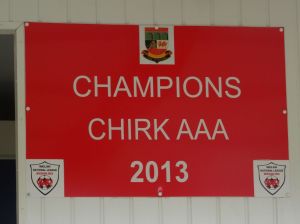 Chirk Amateur Athletic Association Football Club are one of the oldest clubs in Wales, dating back to 1876. They were one of the founder members of the Welsh FA. Between 1886 amd 1994 they won the Welsh Cup five times. They even used to enter the English FA Cup, going quite far in 1887 and 1888. In the 2nd round in 1887-88, they beat Shrewsbury 10-2!

They have played in the Welsh National League since 1945, except for one season in the higher Cymru Alliance in 1997-98. In the early twentieth century they played in the Liverpool Combination. I imagine the name Chirk suits the Liverpudlian accent. Early Chirk teams were generally comprised of miners from the two local pits, Chirk Castle and Black Park. Henceforth they became known as the Miners. They are also known as the Triple AAAs. (and Presatyn Sports were to  receive a first half  AAA battery).

Chirk (Y Waun in Welsh) lies about 10 miles south of Wrexham and has a population of c4,500. 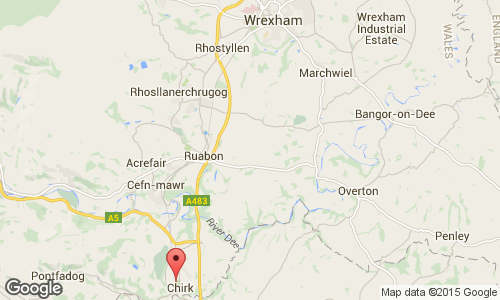 The pitch is off the main Holyhead Road (B5070). The grounds comprises a large cricket field that spills over onto the football pitch at the lower end. However, the ground is fully railed, and at the corner where you come in is their small stand, seating around 91 (6×7 + 7×7).

Despite most of the clubs in the Welsh National League being within a pleasant 1 1/2 hour pootle through countryside, this is only the fifth ground I’ve done in the top division. This is because only those five plus Brymbo (which is on my to do list) have any kind of stand. Most are just pitches, which I’m loathe to do if given a choice. In the next few years I’m sure necessity and desperation will have me heading west to a Welsh pitch but for now a stand (or a spectacular backdrop such as Acrefair) are prerequisites. I’ve done 4/14 in the second division including the aforementioned Acrefair. The only other to have a stand is Garden Village. Aside from trees lining three sides there is a good industrial backdrop of the Kronospan factory (wooden based panel makers) belching out smoke. 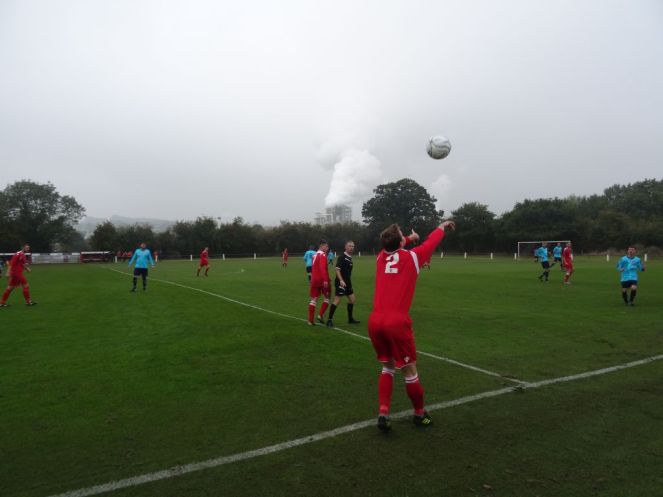 This was a Welsh Cup second round match. I like the Welsh Cup as it pits different leagues together. This game was WNL Premier (step three) v Welsh Alliance Two (step four). Chirk got a penalty almost instantly and coverted. The hosts were easily the better team, creating loads of chances; while Prestatyn struggled to get in the Chirk half.

Chirk added four more goals before half time, to put the game beyond doubt. The second half was not so one sided but very bad tempered. Sports’ frustration started to show, especially in the case of their keeper, who went a bit Marlon Brando in Apocalypse now, screaming abuse at attackers when they were one on one etc. It wasn’t nice to witness and the tactic did actually work, stopping a couple more goals going in. It finished 5-0. 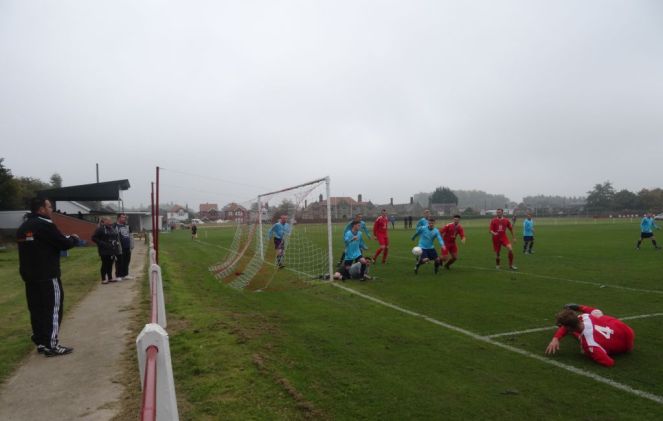