This was Ashby’s second season at step six in the East Midlands League after winning promotion from the Leicestershire Senior League, and thus establishing a spot in my <50 miles ground list at 46.4. The unusual Ivanhoe suffix reminds me of the best anagrams ever:

Ivanhoe by Sir Walter Scott / A novel by a Scottish writer

The tag does indeed stem from the novel which was partly set at Ashby Castle. The full name of the town is the mellifluous Ashby-de-la-Zouch. I would have called them Zouch Ivanhoe (or similar beginning with Z) so that I wouldn’t have to go all the way to Russia to watch a team beginning with Z.

The evening had the drama of a novel thanks to an overheated generator, sitting in an old shipping container, that died just before kick off; plunging the NFU ground into darkness. It was only when it died that I noticed the silence, which before had been a deafening diesel-train like sound, coming from the lock-up behind the dug outs. But now it was quiet…and the black smoke had stopped billowing. 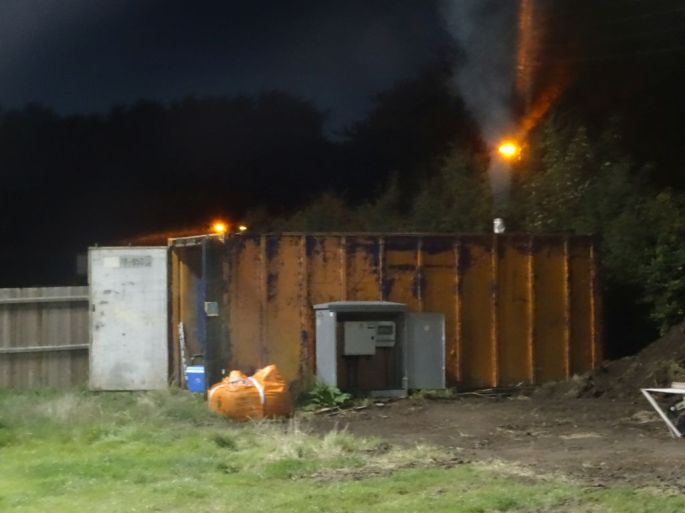 Other Dave and I stood on the touchline with a few dozen others, in the eerie, gloomy and now silent darkness. Football grounds at night are spooky when unlit. If you could do in-floodlight-failure betting I would’ve had my house on the game being called off. When a ten-year-old ran past with a flagon of water for the generator, there was no doubt in my mind. Things had become a bit farcical. More kids and officials rushed to and fro, sometimes sprinting, sometimes with water. A man with a torch tinkered in the junction box outside the rusting container. Things didn’t bode well.

It was 8.13 now, we were still all there in the tenebrous NFU ground, waiting for confirmation of the postponement, when the rickety Heath Robinson generator burst into life and the lights came on one by one. It was a miracle. Never had the sound of a noisy diesel generator been so welcome.

The NFU ground has only been used by Ashby since 2011-12. From their birth in 1948 they had played at Hood Park, which is still used by them now, occasionally. The ground looks like a work in progress, with only two sides being open to fans. Behind the goal was their compact stand, housing around 50 seats. 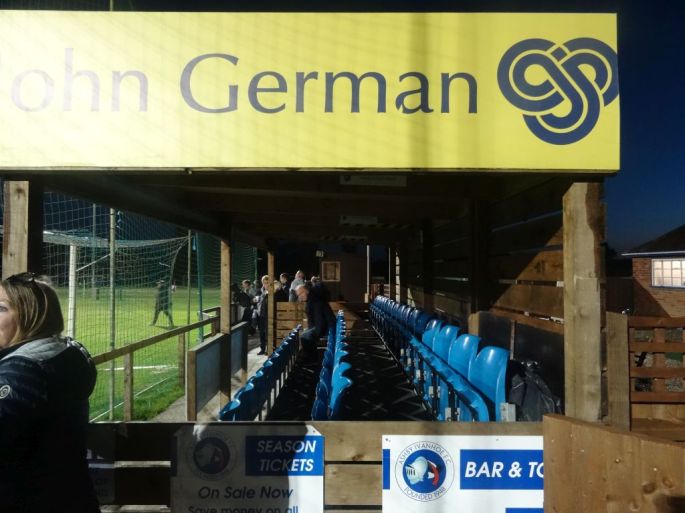 To the side of this was a covered terrace.

It was behind this goal where all the structures were, with tea hut and clubhouse behind these stands. One side was out of bounds as it backed on to another pitch. The other side had the dugouts and hard standing with the far end also being out of bounds for spectators.

Ashby were top coming into the game. The visitors were Holwell Sports from the Melton Mowbray area.

They kicked off at about 8.20; I still couldn’t believe it was on; the trip back here sometime in the future was saved (assuming the generator held out) Given the black smoke it was belching out, I didn’t rate its chances; but hold out it did, and credit to the staff at the ground and the odd child for running round like lunatics to get it back on.

The league leaders took the lead on 2 minutes with a soft tap in. Not long after it was 2-0 from the spot.

It was looking like an easy vistory with it 2-0 at half time. But not long after the interval, Holwell Sports scored straight from a corner and suddenly the easy victory was cast into doubt.

Ashby regained their advantage with a great move. A fierce curling cross from the right was met with a bullet header that the keeper could only parry into the net. A own goal that ricocheted off the post completed the scoring for another three points to the league leaders.

I liked the club and their ambition; I’m sure the ground will continue to progress in the following seasons, and massive respect for the way they rallied round to get the game on – many a club would have given up on it by 8pm.

One thought on “Ashby Ivanhoe”