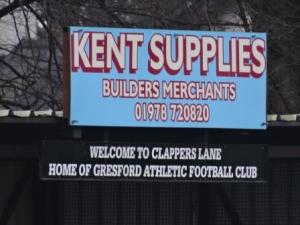 There were just two clubs left below step three. Today’s visitors St Asaph, lying third in the Welsh Alliance division two and amazingly step seven club Tiger Bay who are second in the Cardiff Combination. It’s a bit like a county league team making it to the 1st Round of the FA Cup. This game was massive for the two clubs today, the only fixture guaranteeing at least one club below step two making it to the fourth round.

Gresford Athletic were founded in 1946 and have played at Cymru Alliance level recently, being relegated in 2009-10 to their current Welsh National division. St Asaph FC are aiming for promotion to the Welsh Alliance first division this season. St Asaph, the place, was recently granted official city status in 2012, although the residents of the small cathedral town already referred to it as a City anyway.
Gresford is a village in the County Borough of Wrexham, population a bit over 5,000. I found a wonderful speciality off licence in the small main drag of shops. It sold a wide range of local beers. Unable to resist I exited 20 minutes later with a boxful of them.

The Clappers Lane ground backs on to the main B5445 Chester Road, that goes through the centre of the village.

It lies at the bottom end of a greater sports complex, with cricket pitch in front and bowling greens to the side. A small stand backs on to the main road, holding 56 seats and a small standing area. The rest of the ground is railed and grass standing.

Surprisingly there was no entrance charge and, disappointingly, no programme. For this later round of the cup, and considering they were only one of two teams representing their division, I expected some sort of publication. The hospitality was good, though, with food available and hot drinks 50p.

The first half was very even with neither side able to apply to cut through or provide the killer final touch. It had the early look of a banker 0-0. Despite the lower league visitors actually having the better opportunities, Gresford scored on 39 with a really soft goal. A 20 yard punt, not hit with great speed, was fumbled by the keeper. The second half continued in a similar vein, with St Asaph looking likley to equalise at times. It wasn’t until 79 that the pendulum started to swing violently toward the hosts.

The well-converted penalty deflated Asaph like an untied balloon. Two minutes later a cross from the byline was chested in from one yard out. 3-0. On 87 a deft chip made it 4-0. Two more open goals were missed as the visitor’s defence went AWOL, but just on the final whistle, Gresford made it 5-0.

The scoreline was very harsh on the Welsh Alliance outfit who were a match for their hosts for 8/9ths of the game.

I enjoyed my trip, due west exactly from my home, to Wales, for my first Welsh game in some time. It’s whetted my appetite for more action west of the border this season. A stop off at the Egerton Arms in Broxton, off the A534, on the way home a great ending to the afternoon.

As for the other Round Three results, bizarrely none were a draw. Nine Premier clubs progressed. The big shock was McWhirter League side Cardiff Met thumping Prestatyn, of the Premier, 4-1. However, they were one of only two survivors of the ten southern clubs from lower divisions, the other being Caerau Ely. Caersws and Conwy Borough join them from the northern second tier. Gresford Athletic were joined by two other step three clubs in the last 16 – both Holywell Town and Llanrhaedr-ym-Mochnant had away wins at second tier clubs (1-0 at Buckley Town and 3-0 at Afan Lido respectively). 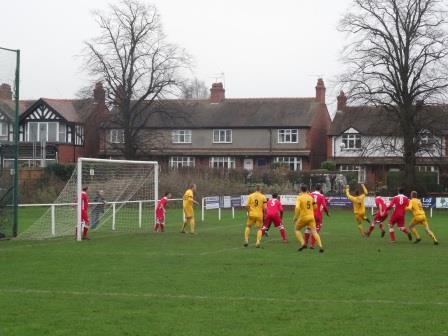 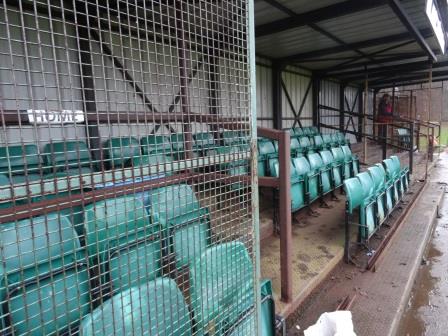 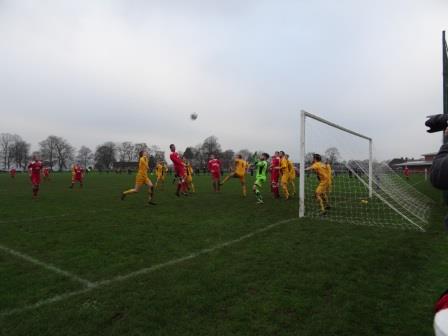