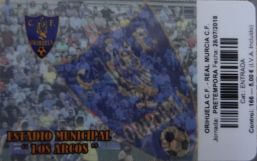 Los Arcos had been on my bucket list of grounds for a few years. When I visited the beautiful town of Orihuela a few years back, I stumbled on the town centre stadium and from the glimpses I got and pictures online knew it’d be a classic. What was worse, a poster advertised a game on the day we were going home, coincidentally against Real Murcia. Since that time I have often thought of Los Arcos (it even has a magical name) and the missed opportunity of catching a game there.

This time, my luck was in, as no less than three home friendlies were scheduled at Los Arcos (The Arches) during our holiday. However, I did wonder if the fates were against me, as the game I planned to go to on the first Wednesday against Cartagena, was mysteriously postponed, for no given reason (I went to Muleno CF instead). It had me afeared that there were stadium problems. Worse still, their third home friendly, I discovered, was to be played at a golf resort at Orihuela Costa, 38 km away, despite the name.

Everything hinged on the Real Murcia tie being on. Thankfully, twitter updates continued to promote it up to the Saturday, so my dream of Los Arcos was to be realised.

Orihuela has a charming town square framed by great old trees and a large fountain. As the heat of the day dissipates locals and tourists congregate in the square to catch up and enjoy the evening warmth, with a beer or two. It’s a great atmosphere. Tonight though, my son and I took a left off the square, a short few hundred yards to the ground, and this evening’s game against nearby Real Murcia.

Orihuela CF play in Group 13 of the Tercera Division, which means third division, but is actually fourth tier (after Primera and Segundo A and Segundo B). There are 18 groups in the Tercera division. Orihuela sit in the Valenciana group 13, but on the border of Group 6 (Murcia Region).

This was my second Real Murcia away game in four days, having seen them in Mula last Wednesday evening. Orihuela are at the same tier as Muleño, one below Real Murcia. Over the years I’d built this ground up into something almost mythical, but despite the high expectations, I wasn’t disappointed. The entrance was appealing for a start, tickets obtainable from a pigeon hole in the yellow wall.

Despite the slightly scruffy, gimcrack aura of the ground the ticket issued was a proper credit card affair with barcode (as shown above in the title). A snack bar, selling the usual nuts, crisps and cans of lager greeted one on the left with the club shop (or tienda) on the right.

Los Arcos has everything a hopper desires – well, those hoppers of the old school who like a bit of wear and character; who prefer their grounds like old sofas, not pristine, hard and gleaming, but comfy, with leather fault-lines and unplumpable creases. Some of the seats behind the goals had plants growing out of the middle of the seat, which I thought was wonderful – my son disagreed and expressed a little shame at what I considered a good ground.

On the near side a multitude of seats, raises and falls like a bar graph, to fit snugly in and follow the lines of the buildings behind. Alternate blocks of bright yellow and blue open seating, sit on maroon terracing, with traditional floodlights slotting in where they can, to give a very eye catching backdrop. Behind this is high-rise flats and then mountains.

On the other side the trademark Spanish chunky terrace goes up a few steps in front of more high-rises, with more open seating behind the other goal. It’s really hemmed in by the surrounding buildings which is another favourable aspect to a great ground. You could just sit in it and admire for ages, without even the need for football. Especially with a can of Cruzcampo and obligatory bag of nuts, that must be de-shelled onto the terracing while eaten.

Proceedings kicked off at 8pm, warm but not stifling, perfect viewing conditions. The game was a lot closer than the game on Wednesday. Orihuela made much more of a contest and despite going a goal down early on to some fine interplay and low finish, Orihuela equalised near half time with a one-on-one expertly slotted in.

The second half was close and competitive but Real Murcia shaded it with an early goal to win again against lower opposition. A huge crowd turned up, at least 800 but perhaps over 1,000 and again the majority supporting Murcia. It was a great feeling to finally see a game here at what is a truly splendid stadium. Gracias y buenos nochas. 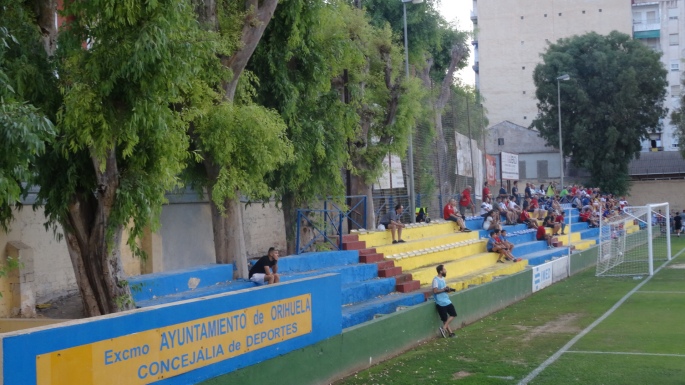 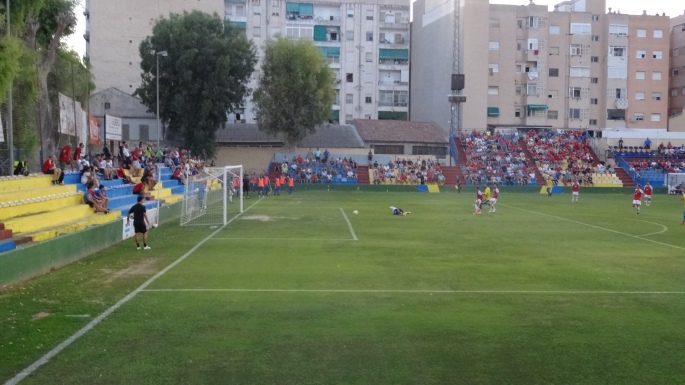 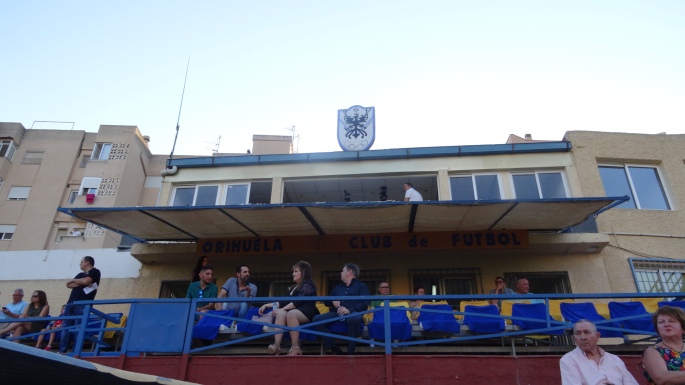 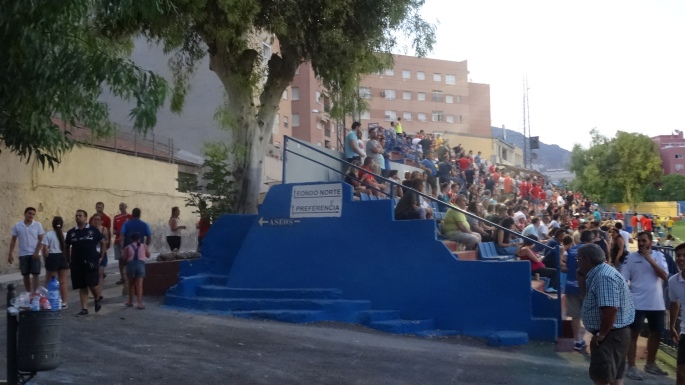 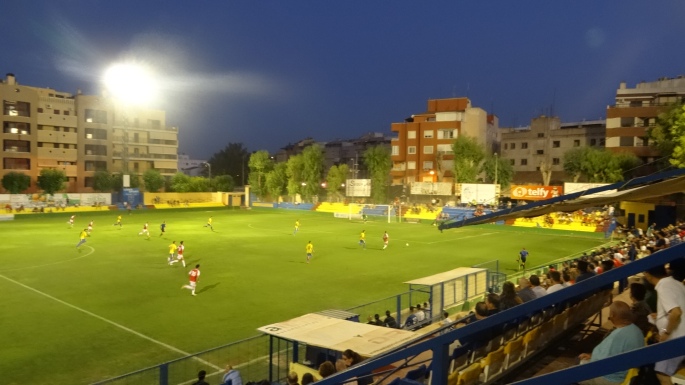