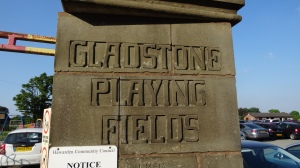 This was the last game of the season in the Welsh National League, along with Llay Welfare’s game against Brickfield Rangers. Hawarden (pronounced Hor-den) is the last but one ground I have left in this division (the last being the remote Llanuwchyllin), with only Mynydd Isa’s Argoed Sports Ground in the division below. Harwarden’s Gladstone Playing Fields are about as basic as it gets, for third tier Welsh football. A fully railed pitch in a bigger community park. However, the dugouts were seriously high spec, perspex curvy types with eight gleaming blue seats beneath.

There are 15 teams in the top division, one of three such third tier divisions in upper part of Wales, along with the Mid-Wales League and the Welsh Alliance. One from each are promoted to the Cymru Alliance. Buckley have been promoted this year, which pleases me. Their Globe ground is by far and away the best in the division, it’s the Maracana of the WNL. It’s a Premier quality ground.

Of the others Cefn Albion, Llanuwchyllin, FC Nomads Connah’s Quay and Coedpoeth United are also just railed pitches. Brickfield Rangers, Corwen, Chirk AAA and Lex Glyndwr have stands behind goals. Saltney Town and Penycae have Arena Stands on the side. Rhostyllen has a covered non seated stand on the side, Mold Alex have an impressive high stand on the side and Llay Welfare has a stand behind the goal and two on the side. Buckley and Mold are the only ones with lights.

Hawarden Rangers were founded in 1974. The club’s patron is the grandson of Victorian Prime Minister William Gladstone, who left the Gladstone Playing Fields to local people for future enjoyment, which explains why the Hawarden castle gates are visible on the club crest.

Gladstone Playing Fields has a huge car park, but it seems that half of North Wales wanted to be there when I arrived. There were no spaces left out of hundreds, so I parked near the entrance, almost blocking the exit. The crowd was only 45 so I guess the other many facilities on offer is a big attraction.

Penycae were second bottom and Hawarden were sixth bottom. However Penycae looked the better side early on, and opened proceedings with a nicely worked goal after just two minutes, captured below. 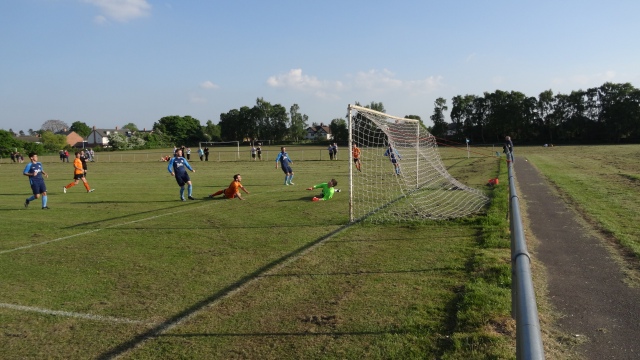 Penycae certainly belied their lowly position in the first half but the home side equalised near half time with what I call a Fozzie goal, eg reminiscent of Steve Foster. A perfectly weighted corner nodded in with power from close in. After the break, Woods chased a ball with a defender, stuck his foot out, connected and the ball ricocheted off the keeper and he followed up from one yard out. The remaining 40 minutes was poor, with not much action of note, a bit of a fizzle to the end of the season. 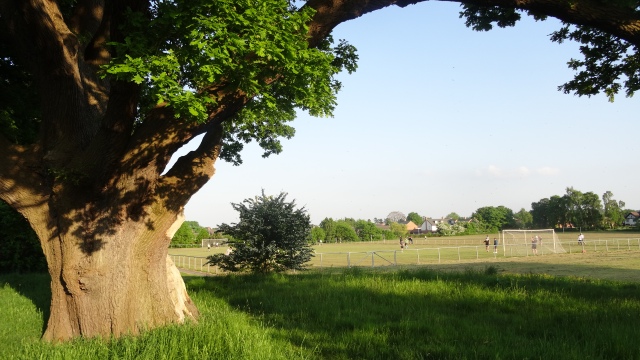 The oak behind the goal was a behemoth of a tree, a majestic backdrop. 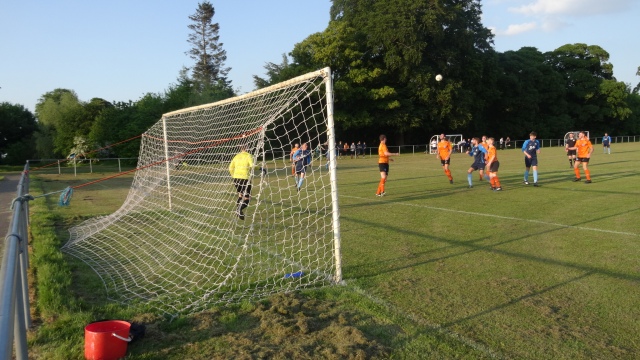 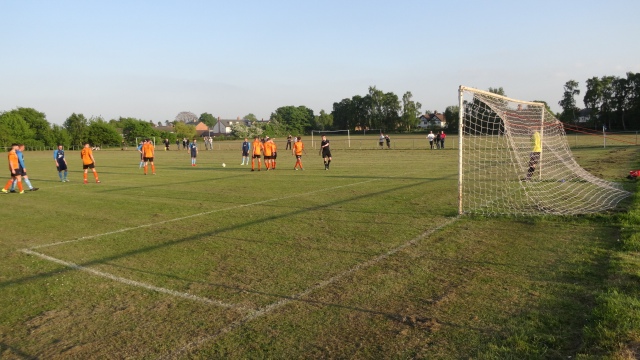 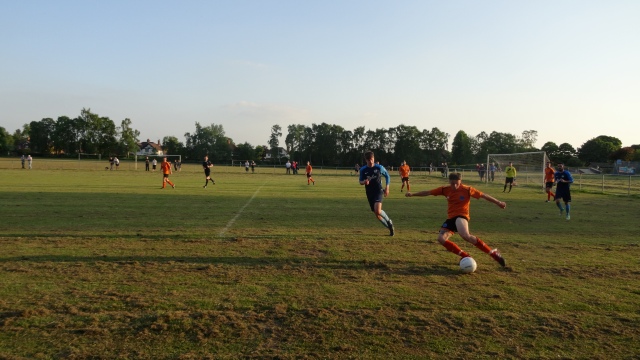 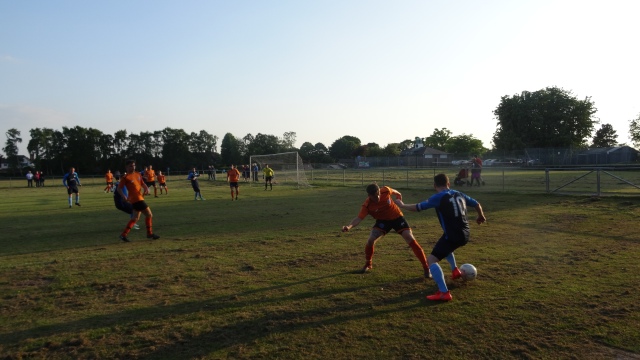 I live underground, occasionally popping up at non-league and Welsh grounds. I live on a diet of insects, small rodents, nil-nils and post and pre-match angst.
View all posts by thegroundhog →
This entry was posted in Groundhopping, Grounds, Travelog, Welsh football and tagged hawarden rangers, penycae fc, Welsh football. Bookmark the permalink.