The was the second game of the day and the third of the Notts Senior League hop. This was a division lower than the 10.05 game, but both sides looked a little better. In fact, the first ten minutes laid down a deposit, promising a good game. The game lost its deposit shortly after. It was a lively start with the Ashland wingers looking fast and dangerous. However, after six minutes, Robert England, for Bilborough, was through on goal and his shot was only parried by the Ashland keeper, into the net. Not so much a Nightmare on Elm Street as a Nightmare on Maple Drive.

Bilborough’s Basil Russell ground was only a tad better than Beeston’s. It at least had some hard standing and a bank in front of a big clubhouse. Other than than it was the same blue nylon twine between plastic posts boundary. After the goal, the match deteriorated minute on minute. After a while you knew any chances, even if laid on a plate, with time to spare, were going to be blasted into orbit. 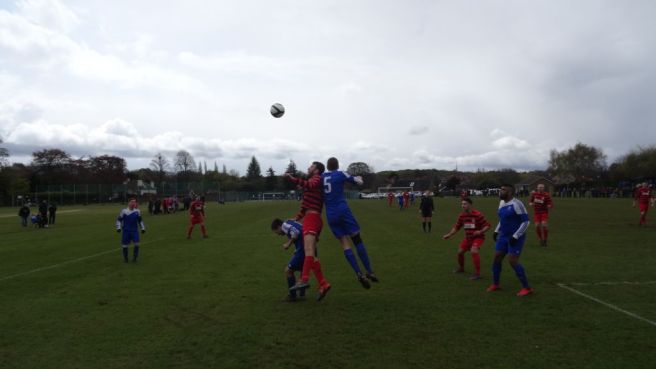