Loughborough is a medium sized town in Leicestershire, population c 60,000. It is home to the largest bell foundry, John Taylor bellfounders and appears in the doomsday book. Notable people include Coronation Street’s Roy Cropper (David Neilsen) and high jumper Ben Challenger (who happens to be the son of Showaddywaddy drummer Romeo Challenger – random). The University probably does better with respect to name dropping, being renowned for its sporting credentials – graduates include Seb Coe, Clive Woodward, Paula Radcliffe, Steve Backley and Lawrie Sanchez.

Loughborough Dynamo only go back to 1955, where they were founded by pupils at Loughborough Grammar School. They took the Dynamo suffix from the Moscow club who had played Wolves in the same year. The gold shirts are also a nod to Wolves in that game. They play at the wonderfully named Nanpantan Sports Ground; named after the road and village of the same name, and not randomly by a five year old.

In recent times another team in the town has been gaining momentum, and is now only one division below Dynamo, in the new Midland League Premier Division. This is of course Loughborough University FC, who play at a plush, large newly-built venue not too far away. There is also a previous now-defunct team in Loughborough FC, who actually got elected to the Football League in 1894-5, to the second division. They stayed until 1900, where they failed to gain re-election after finishing with the worst record in the division’s history, inlcuding a 12-0 defeat at Woolwich Arsenal.

The ground lies to the south west of Loughborough, near junction 23 of the M1. Approaching along Watermead Road, there is a large car park, that also serves the bowling club and tennis courts. Spindly floodlights protude upwards, like cocktail sticks, from the flat ground, beyond a privet hedge bordering the ground and car park. Entrance is along a track to the right side, where one assumes parking is for players and staff.

Dave W and I enjoyed a pint beforehand in Loughborough’s Wetherspoon, the Moon and Bell, which rarely for the chain, has appeared in the Good Beer Guide. There was a large selection of ale on offer including pumps from the Shardlow and Falstaff breweries, amongst others.

Nanpantan’s main stand lies behind the goal, backing onto the clubhouse and changing rooms. Never as good an arrangement, aesthetically, as lying down the side, but smartly presented and with a slight bank beneath, raising the viewing elevation.

To the right of the main stand a defunct toilet sits proud atop a plinth. Some terracing runs down this side, a good few steps up. Opposite is a long bus shelter affair and behind the other goal is an incongruous metal cylinder that sits conspicuously out of place, looking guiltily like it might have something to do with sewage. 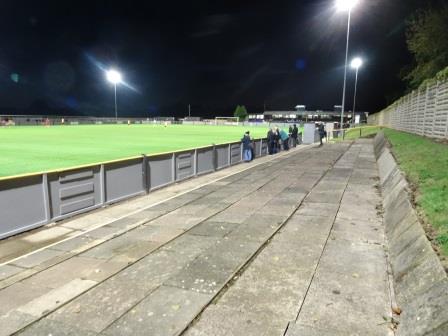 Dynamo, lying second in the Evostik One South, had had some interesting results of late. A 90,90 comeback to win 2-1 at Leek Town was shortly followed by a bizarre 6-0 home drubbing by Spalding. Generally high scoring, their last game saw them draw 0-0 at Tividale. Chasetown were in mid-table before the game.

It kicked off at a blistering pace, with Chasetown really going for it, maybe encouraged by Spalding’s recent 6 goal takeaway here. After 20 minutes Haynes rewarded their efforts with a sensational curling 20 yarder from the left of the box, which sailed over the Dynamo keeper into the corner. This opened the game up a bit and took some of the exhausting pace out of it. Dynamo came back into it and equalised with an equally quality strike; Munn controlling the ball on the edge of the area, before launching a left-footer into the top corner.

The end to end action continued in the second period – Chasetown retook the lead with a well worked goal, finished clinically by Wellecomme. His thanked the guy who passed to him. The guy replied ‘You’re Wellecomme’.

Another excellently crafted goal was finished at close range for a second equaliser by Watson to set up a nail-biting finish that really could have gone either way. As it was, in the last minute a the goal was gaping for a Loughborough forward who decided instead to hold it up, leaving his shot late, which was cleared. But only about ten yards out. The ball was swept back in to be poked home by Watson, for his second. A dramatic finish, a bit harsh on Chasetown who made a brilliant game of it. Five star entertainment, the best game I’ve see this season. 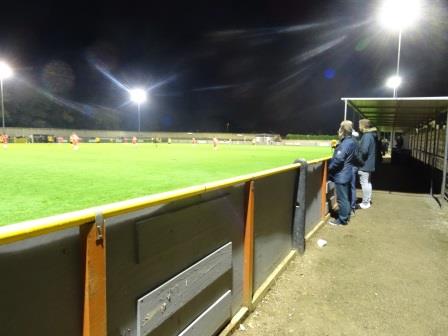 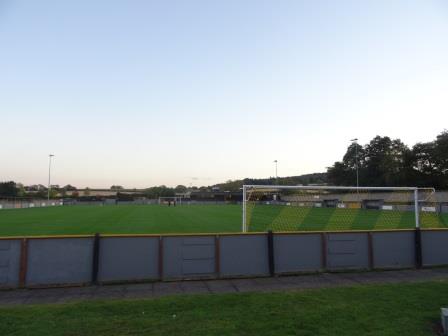