Most games this evening had fallen foul of the weather. I was mystified, as I have been throughout the constant rain shower pelting England since late October. Since Saturday (and including Saturday) there had been sunshine; rainy spells yes, but mixed with dry pleasant spells. For some reason, these few days of relatively clement weather had decimated most of the non league fixtures tonight; in previous weeks, in darkest winter, Monday to Friday 24/7 deluges had barely affected the Saturday programme.

Meteorological conundrums aside, tonight’s game brought to mind an analogy with diving. In diving your score is the judges’ marks multiplied by the tariff of the dive. If you perform a plain 1 1/2 somersault forward dive the tariff is low, so you need very high scores from the judges to get a big total. If your dive is a reverse 3 1/2 somersault, 3 1/2 twists with pike, this would be a high tariff and thus only require mediocre scores to get a big overall score.

Having driven through persistent driving rain, sometimes triple-speed-wiper rain, I arrived a couple of miles outside Arnold (near Nottingham). They play nearer Calverton, which is a few miles further north. The tariff for Eagle Valley was very low indeed. Purely from a ground connoisseur point of view, nothing wrong with the new community football club facilities, just lacking in the character sought after by ground geeks. 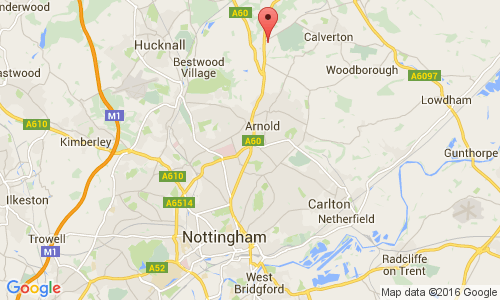 It’s bleak; sitting in the middle of nowhere, off a main road. It started badly when the guy at the gate told me they had no programmes. They did a double issue for the weekend fixture and this one…but ran out on the Saturday. Print some more? Entering the ground one is greeted by two Arena stands, either side of the pitch. One seated, the other with three metal steps that sound over-loud when you step on them.

Drag and drop stands craned in. The tea hut was shuttered up. There was no backdrop to speak off. I circled round the dark stadium, aware that I was one of only two people there at 7.37. The other was sat in the stand opposite, although hadn’t moved since I got there – maybe he’d been there a few weeks? Eight minutes until kick off, a muslin veil of rain enveloping an anodyne empty stadium, save me and a corpse in the stand, the wind howling around me. It was a bit unreal and I wondered if there really was a match here tonight.

A few minutes later I was relieved to see the referees and players spilling out of a rectangle of light from the building behind the stand. This precipitated a late spillage of spectators appearing from behind the stand. I don’t know where they were hiding, but the crowd swelled to about 12, reaching a peak of 24.

After the inauspicious start in which I seriously wondered what I was playing at, from thereon in it was 10s all the way from the judges, giving Arnold a surprisingly high overall score, given the wretched opening ceremony. For starters, the diminutive former Premier League striker Julian Joachim was playing. The 42-year-old former Villa and Leicester star was a starter for Holwell Sports. My hopes were up already.

They briefly dashed as I decided to go for a wee behind a bush, accessed by a wooden plank across a trough, through a break in the hedge. Arnold decided to open the scoring at this juncture, apparently chipping the keeper after dispossessing Holwell on the edge of the area. Fearing a 1-0 final score, a through ball found Joachim 1-on-1 with the keeper. His former class showed as he expertly dispatched an equaliser. None of the oft-seen non-league fear at being in on goal, spasmodic flailing of arms and legs, and falling over, to see the ball dribble harmlessly to the keeper.

The next half an hour the game was in the balance. Arnold looked good going forward but were always vulnerable at the back. (They had lost their last three games 6-0, the last two at home). Just before half time Holwell gained the advantage. Great work by Wells put him through on goal with the keeper, but he decided to do a Ricki Villa 1981 and take on some defenders for no reason, one of which upending him for a pen. The pen was fired majestically into the top corner. Half time 1-2.

In the break I was relieved to discover that there was a tea hut. The bar inside was open and this must’ve been where the posse of fans were hiding before the game. Apparently the outer facing tea shutter had problems. On a dreary night like this a coffee was needed. I also enquired again about programmes; their staff were very helpful in finding me a back copy, but alas couldn’t find the official double issue from Saturday, which is why the pic at the top says Radford. I haven’t got round to getting a black pen and crossing Radford out to replace with Holwell Sports.

As the rain continued to lash down and all two dozen of us sheltered in the seated arena stand, including the convivial and charming company of groundhopping celebrity Laurence Reade (who incidentally corrected me regarding Atcost stands – the really bad ones are Arena, not Atcosts) and his friend, the first of the six second half goals was again dispatched by Joachim. The ball was played to him in the middle, but even with a defender on his back, he calmly slotted in off the post. Great control.

Their fourth was a classy individual effort, with Wells beating a string of defenders, rounding the keeper, and stroking it from a tight angle. It was cleared by a defender, but the linesman saw it had crossed the line. Arnold didn’t give up and as they kicked off their captain shouted (almost prophetically) We can still do this, don’t give up. Payne gave them hope on 75 when a scramble fell to his left foot on 12 yards which he rifled into the corner. They couldn’t stop the leak at the other end, though, as a long through ball exposed some static defenders, and as the ball bounced toward the Keeper, Wells speeded to the ball first to lob the keeper for 2-5.

With a few mins remaining Arnold tapped in a scramble and then Branston fired a pickle of a shot from 25 yards, off the keeper, into the top corner. In extra time Arnold did come close to an unlikely equaliser, but Holwell deserved the points. 5-5, while being an amazing scoreline and great for the neutrals, would’ve been harsh on the visitors. This was a fantastic game, not just because of the goals. It was an end to end honest game with both teams going for it, and at times some classy football from both sides. An added bonus was to see Julian Joachim, whose touch, vision and finishing set him apart at times. A great advert for the EML.